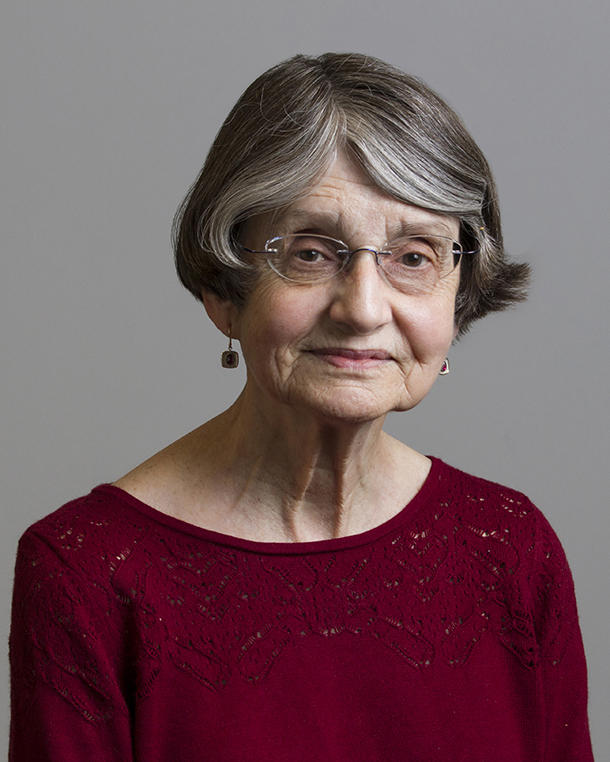 Ethel S. Gilbert received a B.A. in mathematics from Oberlin College and an M.P.H. and Ph. D. in biostatistics from the University of Michigan. She spent several years as a senior staff scientist at Battelle Pacific Northwest National Laboratory, where her research focused on epidemiologic studies of nuclear workers and on analyzing data from experimental animal studies, and also spent a year at the Radiation Effects Research Foundation in Hiroshima, Japan. Dr. Gilbert joined the NCI in 1996 as an Expert and received the NIH Merit Award in 2003. Dr. Gilbert is a fellow of the American Statistical Association and an honorary member of the National Council on Radiation Protection and Measurements. She was a member of the National Academy of Sciences BEIR VII Committee on Health Risks from Exposure to Low Levels of Ionizing Radiation, and was also a member of the study group for the 15-country nuclear worker study. Dr. Gilbert became a special volunteer in 2018.

In most countries, exposure to nuclear workers has been deliberately limited as a protection to the worker. Thus, studies of these workers offer a direct assessment of risks from exposure to radiation at low doses and dose rates, and provide a check on A-bomb survivor-based estimates that form the basis of radiation protection standards. I have served on the main study group and also on the epidemiology and dosimetry subgroups for the planning and implementing of the 15-country nuclear worker study, which combined data on about 400,000 nuclear workers in 15 countries. Risk estimates for leukemia (excluding chronic lymphatic leukemia) and all cancers excluding leukemias were compatible with those that provide the basis for radiation protection standards, but confidence intervals were wide.

In collaboration with Russian scientists, NCI is conducting epidemiologic studies of workers at the Mayak weapons production plant in the South Ural Mountains in the Russian Federation. These studies provide information on protracted radiation exposure at much larger doses than in worker studies in other countries, and also provide the only reliable direct information on risks from plutonium exposure. Dose-response relationships for exposure to plutonium were demonstrated for mortality from cancers of the lung, liver, and bone, the three major sites of plutonium deposition. Dose-response relationships for external radiation exposure were demonstrated for mortality from leukemia; lung cancer, and all cancers other than lung, liver, and bone cancer. Further analyses of other site-specific cancers are underway.

I have been involved in several efforts to estimate radiation risks and their dependence on dose, gender, age, and other factors. These include serving as a member of the National Research Council’s BEIR VI Committee (concerned with risks from exposure to radon), of the National Research Council’s BEIR VII Committee (concerned with low dose exposure to low-LET radiation), and of the NCI-CDC Working Group to revise the 1985 NIH Radioepidemiological Tables.

I have analyzed data from both cohort and case-control studies to evaluate risk of second cancers in cancer survivors. In an international case-control study of lung cancer following Hodgkin lymphoma (HL), lung cancer risk increased with both increasing radiation dose, and with increasing number of cycles of chemotherapy involving alkylating agents. In addition, the combined effects of radiation dose and therapy with alkylating agents were estimated to be almost exactly additive whereas the combined effect of radiation and smoking was better described by a multiplicative relationship. In a similarly designed international case-control study of breast cancer following HL that was diagnosed under age 30, risk increased with increasing radiation dose, but treatment with either alkylating agent chemotherapy or receiving a dose to the ovaries that exceeded 5 Gy reduced both the overall risk of breast cancer and the slope of the radiation dose-response. I have also analyzed data from cohort studies of both testicular cancer and HL survivors. Although these cohorts lack detailed treatment information, they provide information on which site-specific cancers show elevated rates, and also on the temporal patterns of risk and the dependence of risk on sex, age at exposure, and attained age. I am currently involved in planning and analysis for an international study of second primary gastrointestinal cancers among survivors of Hodgkin lymphoma and cancers of the testis, breast, and cervix.