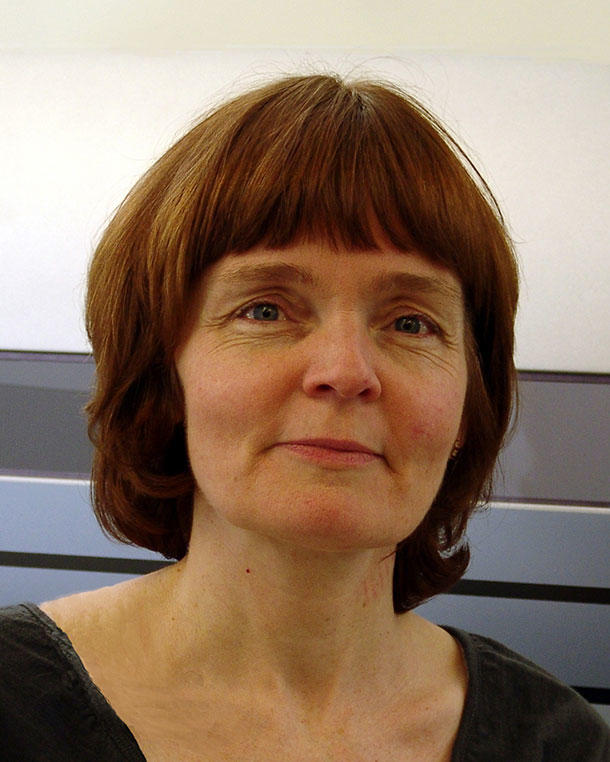 Dr. Amundadottir received a Ph.D. in cell biology in 1995 from Georgetown University in Washington, D.C., and then conducted her postdoctoral training in the Department of Genetics at Harvard Medical School in Boston, Massachusetts. She joined deCODE Genetics in Iceland in 1998 as the Head of the Division of Cancer Genetics, where she led genome-wide linkage and association efforts in various cancers. Dr. Amundadottir joined the NCI in 2007 and became a tenure-track investigator in the Laboratory of Translational Genomics in 2008. She was awarded scientific tenure by the NIH and appointed senior investigator in 2017. Dr. Amundadottir has been recognized for her research contributions at the National Cancer Institute with several Intramural Research Awards, a Center of Excellence in Integrative Cancer Biology and Genomics (CEICBG) Award, and she received the NCI’s Women Scientist Advisors (WSA) Mentoring and Leadership Award in 2019.

Major advances have occurred in the last 10-15 years in our understanding of the genetics of common diseases. Genome-wide association studies (GWAS) in large case-control and cohort studies, as well as targeted and whole-genome sequencing (WGS) studies in individuals and families at increased risk of disease, have provided new insights into the inherited factors that contribute to risk of developing cancer. Dr. Amundadottir leads genetic, genomic and molecular biology studies that collectively aim at better understanding inherited predisposition to pancreatic cancer, and the molecular mechanisms that underlie risk.

Dr. Amundadottir co-leads gene mapping efforts within the Pancreatic Cancer Cohort Consortium (PanScan), conducted within the framework of the NCI-sponsored Cohort Consortium. Collaborative efforts are conducted with the Pancreatic Cancer Case Control Consortium (PanC4), the PANcreatic Disease ReseArch (PANDoRA) Consortium, the European Study on Pancreatic Cancer Genetics and Epidemiology (PanGen-EU). The aim of these large international studies is to identify genetic factors that contribute to the risk of pancreatic cancer. Four GWAS phases have already been performed in close to 12,000 case and 17,000 control subjects from over 30 cohort and case-control studies mainly from the U.S. and Europe. This work has resulted in the discovery of twenty common susceptibility loci for pancreatic cancer. Further GWAS phases in U.S., European and Asian pancreatic cancer case-control and cohort studies are underway, as well as WGS studies in African American pancreatic cancer cases and controls from the PanScan and PanC4 consortia.