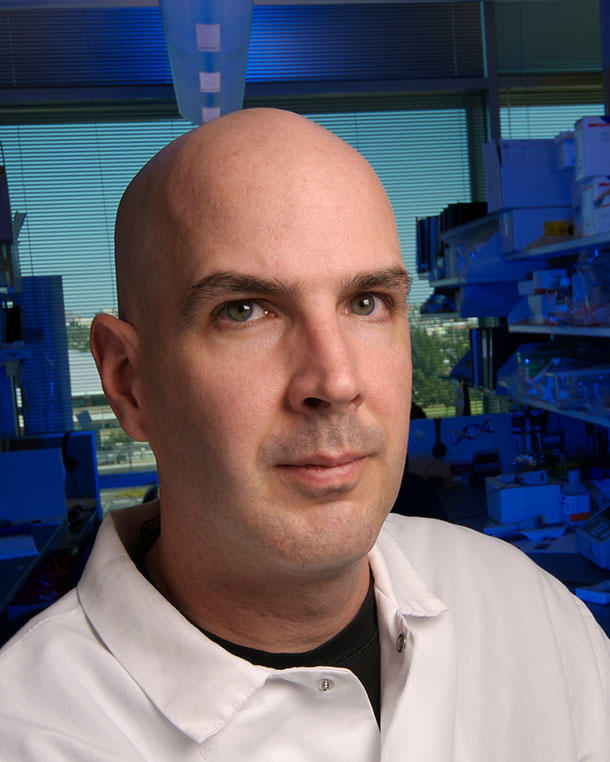 Dr. Brown received a Ph.D. in Genetics from the George Washington University in Washington, D.C., in 2003. He conducted his postdoctoral training in the Laboratory of Dr. Jeffrey Trent at the Translational Genomic Research Institute (TGen) in Phoenix, Arizona. He subsequently went on to direct his own research program at TGen as an investigator from 2005 to 2010, and served as an adjunct professor in basic medical sciences at the Mayo Clinic Cancer Center, the University of Arizona College of Medicine, and Arizona State University from 2008 to 2010. His work at TGen involved the application of whole-genome familial linkage, candidate gene, and genome-wide association study (GWAS) approaches to identify genetic variants associated with melanoma susceptibility. In 2010, Dr. Brown joined the Laboratory of Translational Genomics (LTG) in the Division of Cancer Epidemiology and Genetics (DCEG) as a tenure-track investigator. He was awarded NIH scientific tenure and promoted to senior investigator in 2018. His research focuses on the genetic underpinnings of melanoma susceptibility.

Dr. Brown’s research is focused on identifying and functionally characterizing genetic variants associated with cancer risk, with a primary focus on melanoma. While early-stage melanoma is largely curable via surgical resection, outcomes for many late-stage melanoma patients remain poor despite recent progress in targeted and immunotherapies. Much of the effort in Dr. Brown's laboratory is directed towards better understanding the genetic factors contributing to melanoma risk, with the goals of ultimately facilitating prevention and early-detection efforts in at-risk individuals as well as understanding early molecular events leading to melanoma development. He is actively involved in ongoing genome-wide association (GWAS) and family sequencing studies of melanoma within NCI-DCEG, and as members of the International Melanoma Genetics Consortium (GenoMEL), he and his team collaborate on larger scale meta-analyses of these data.

Beyond susceptibility gene/locus discovery, a major focus of Dr. Brown’s laboratory is the functional characterization of such loci. While significant strides have been made towards cataloging loci involved in cancer risk, elucidation of how risk variants influence susceptibility remains a significant challenge, with progress in this area lagging far behind locus discovery. His approach incorporates the generation and analysis of cell-type specific genome-scale datasets to provide mechanistic insights for the ever-increasing number of susceptibility loci, characterization of the molecular impact of melanoma-relevant exposures (UV), fine-mapping and targeted resequencing of risk-associated loci, functional screens of candidate causal variants and genes, and focused functional study of individual risk loci.