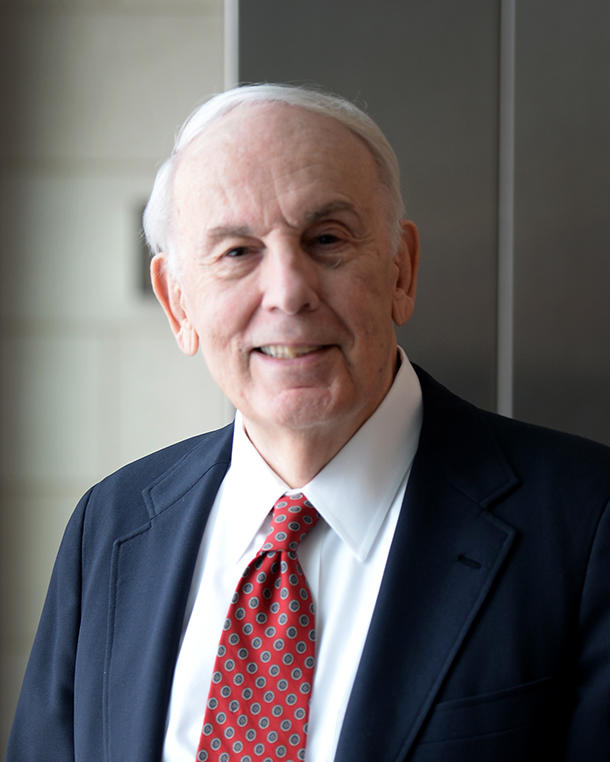 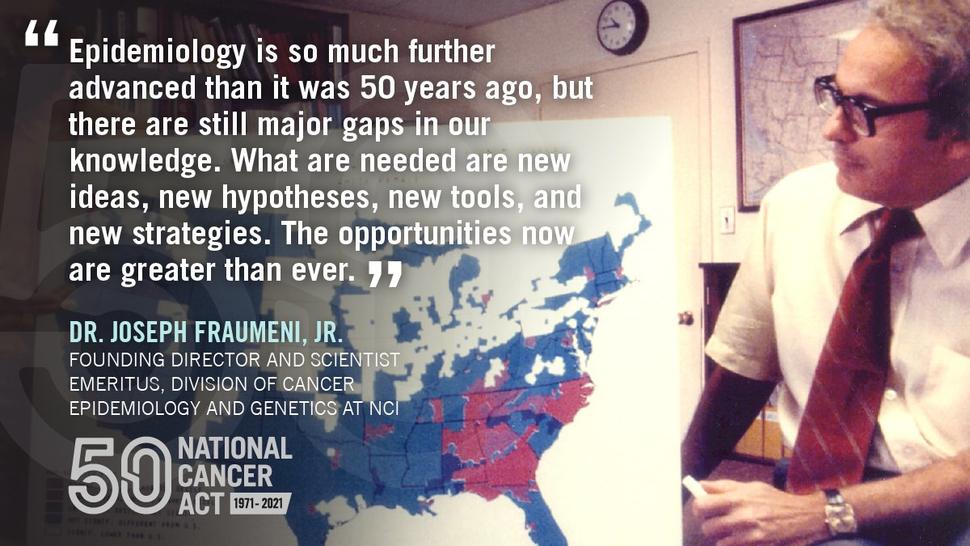 Joseph Fraumeni received an A.B. degree from Harvard College, an M.D. from Duke University, and an M.Sc. in epidemiology from the Harvard School of Public Health. After completing a medical residency at Johns Hopkins Hospital and the Memorial Sloan-Kettering Cancer Center, he joined the Epidemiology Branch of the National Cancer Institute as a commissioned officer in the U.S. Public Health Service in 1962.  He became head of the Ecology Studies Section in 1966, Chief of the Environmental Epidemiology Branch in 1975, Director of the Epidemiology and Biostatistics Program in 1979, and founding Director of the Division of Cancer Epidemiology and Genetics in 1995. He retired in 2017 and was named Scientist Emeritus. Dr. Fraumeni has authored or co-authored more than 900 scientific publications, and was an editor with David Schottenfeld of the first three editions of Cancer Epidemiology and Prevention, Oxford University Press.

Over a career spanning more than 50 years at NIH, Dr. Fraumeni shaped and directed a national and international research program designed to identify the environmental and genetic determinants of cancer and the means of prevention. His personal research focused on genetic susceptibility to cancer, particularly by investigating familial aggregations of various malignancies. Most notable was his discovery in 1969, with fellow NCI researcher Frederick P. Li, of a rare, inherited syndrome featuring an array of multiple cancers in young people that came to be known as Li-Fraumeni syndrome. This observation eventually led to collaborative molecular studies that uncovered inherited mutations in the TP53 tumor suppressor gene.

Another theme of Dr. Fraumeni’s research has been the search for lifestyle and other environmental causes of cancer. In 1975, he led the development of the first in a series of computer-generated maps depicting the geographic variation of U.S. cancer mortality at the county level. This work allowed Dr. Fraumeni and his colleagues to identify previously undetected exposures driving the distinctive patterns of certain malignancies, such as lung, oral, and bladder cancers, followed by preventive interventions in high-risk populations. This strategy was later applied in China, where a series of collaborative studies were conducted in areas with exceptionally high mortality from esophageal, stomach, lung, and other cancers.

Dr. Fraumeni’s more recent work has centered on the integration of genomic, metabolomic and other high-throughput technologies in large-scale consortial studies with replication strategies designed to identify with some precision the carcinogenic risks and biological underpinnings that may inform new clinical and public health interventions.

Insights and Views on Cancer Epidemiology by Dr. Fraumeni

Read: A conversation with Joseph F. Fraumeni, Jr. - interviewed by Robert N. Hoover
From the VOICES project of Epidemiology, November 2013

Watch: Cancer Epidemiology over the Last Half-Century and Thoughts on the Future
A Panel Discussion with Dr. David Schottenfeld