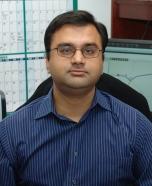 Description:  Testicular germ cell tumors (TGCT) have an estimated heritability that ranks as the 3rd highest for all cancers. Despite this, two genome-wide genetic linkage studies did not uncover any major, highly-penetrant genes predisposing to TGCT. Instead, TGCT risk appears to be driven by multiple genetic loci. To investigate this, we were the first group to generate a polygenic risk score (PRS) for testicular cancer. The PRS score was constructed as the weighted sum of the risk allele counts for a locus multiplied by the log odds ratio of its association with testicular cancer for 21 independent SNPs from 18 GWAS loci. We demonstrated the effectiveness of the PRS in distinguishing cases from controls in three cohorts. There are limited metrics (microlithiasis, undescended testis) to predict risk in a man with a family history of testicular cancer. We showed, for the first time in testicular cancer, the potential of the PRS to translate GWAS findings into a clinically useful tool for cancer risk stratification.

Title: Interferon lambda 4 (IFN-λ4), a novel interferon created by a common genetic variant: how does it interfere with clearance of hepatitis C virus? 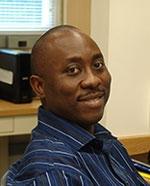 Description:  Recently we discovered and characterized interferon lambda 4 (IFN-λ4), a novel type-III interferon. A frame-shift allele (dG) of an exonic genetic variant (rs368234815-dG/TT), which creates IFN-λ4 in carriers of this allele, is the strongest host factor associated with decreased clearance of HCV, spontaneously or after treatment.   More than 3% of the world population is infected with hepatitis C virus (HCV). Of all acutely infected individuals, 80% fail to clear the virus and develop chronic HCV infection, which is a significant cause of hepatocellular carcinoma.

To understand the role of IFN-λ4 during HCV infection, we performed detailed functional analysis of IFN-λ4. We suggest that a pathogenic effect of IFN-λ4 expression in human hepatic cells is associated with inhibition of cell proliferation causing increased cell death and induction of pro-inflammatory cytokines. Chronic induction of IFN-λ4 in HCV-infected hepatocytes leading to cell death and tissue repair may result in hepatic fibrosis and cirrhosis, which are relevant factors affecting clearance of HCV and, possibly progression to hepatocellular carcinoma.