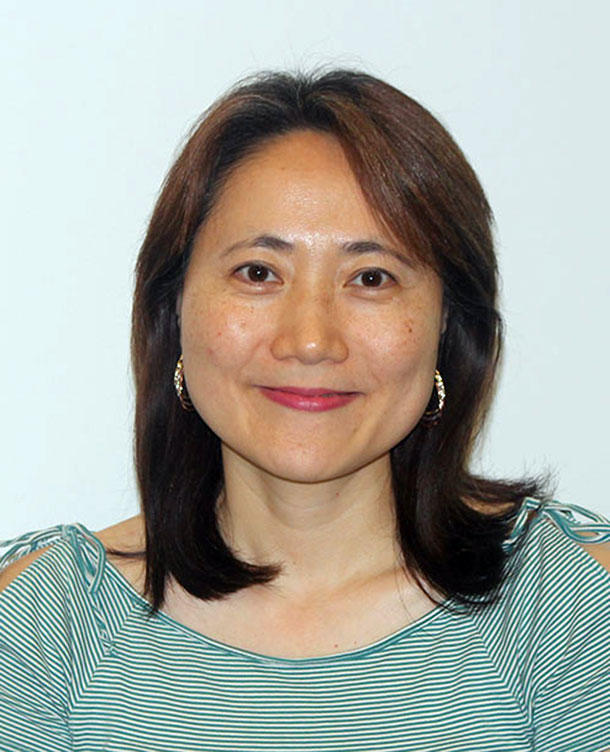 Jiyeon Choi received her B.S. from Ewha Womans University and her M.S. from Korea University in Seoul, Korea, and her Ph.D. in cell and developmental biology from Rutgers University in New Jersey. In 2011, Dr. Choi joined NCI as a postdoctoral fellow in the Laboratory of Translational Genomics; she was promoted to research fellow in 2016. In 2019, Dr. Choi was appointed as an Earl Stadtman Investigator and selected for the NIH Distinguished Scholars Program

Dr. Choi has received numerous awards for her work, including the NCI Director’s Intramural Innovation Award, the DCEG Outstanding Research Paper by a Fellow, and the NCI Outstanding Mentor Award.

In the U.S., between 80-90 percent of lung cancer is attributable to smoking or tobacco use. However, the cause of lung cancer in never smokers requires further investigation into the contribution of germline genetics, environmental exposures, and their interaction with susceptibility genes. Dr. Choi aims to understand genetic susceptibility to lung cancer in never smokers by performing functional follow-up studies on GWAS data from Asian female never smoker lung cancer cases. Her research will also expand to include the functional characterization and validation of data generated from the Sherlock-Lung study, which aims to trace lung cancer etiology in never smokers. This effort includes cell-based assessment of exogenous and endogenous tumor mutational processes inferred from somatic mutational signatures and characterization of somatic driver events specific to this subtype of lung cancer. Dr. Choi will integrate findings from these studies to identify the cellular and environmental context in which susceptibility genes are functional and conferring risk.