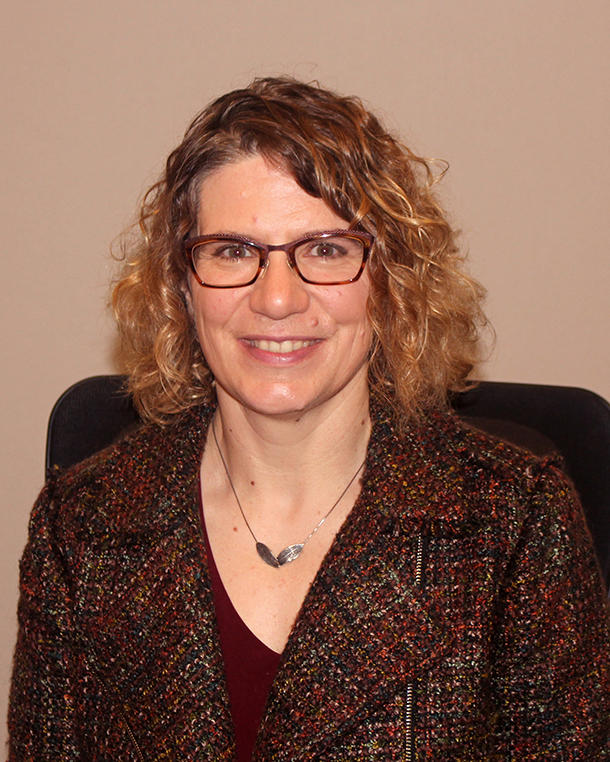 Dr. Friesen received a Ph.D. (2006) and M.Sc. (2001) in occupational hygiene from the University of British Columbia in Vancouver, Canada. She completed postdoctoral studies at Monash University in Melbourne, Australia, and at the University of California at Berkeley. She joined the NCI as a tenure-track investigator in the Occupational and Environmental Epidemiology Branch in June 2009, and was awarded NIH scientific tenure and promoted to senior investigator in 2017.

In OEEB, Dr. Friesen focuses her research on developing transparent measurement- and decision rule-based methods to assess occupational exposure in case-control studies and population-based cohorts. Exposure assessment in these studies relies heavily on subject-reported information and the professional judgment of exposure assessors. She has demonstrated that decision-rule based approaches that link questionnaire response patterns to exposure decisions are comparable to the estimates from a traditional job-by-job expert review and can replicate the average rating from a team of experts. She has also developed a method to use data mining methods (e.g. classification trees, CT) to extract underlying (but not explicitly stated) decision rules from the relationship between exposure estimates derived from professional judgment and questionnaire responses. The resulting CT decision trees extract the valuable information from previous assessments and thus allow the decision rules to be used to estimate exposure in other studies with similar exposure information. As a result, exposure assessors can focus their attention on the exposure scenarios identified by the CT model as being difficult to assess and on scenarios that were not covered by the decision rules. To continue efficiently using teams of experts, she led the development of source-specific decision rules for estimating historical lead and benzene for US case-control studies. Developing decision rules removes the assessment from its much criticized ‘black box’ and facilitates future exposure assessment efforts that can apply the rules.

A crucial component the decision rule exposure estimation process is to anchor the intensity estimates to a concentration scale. Dr. Friesen has extended the use of statistical models that are commonly used in industry-based studies to predict historical exposure to population-based studies using publicly available data from the literature and measurements collected during health and safety inspections. For example, she has developed a framework to combine subjective ratings of exposure from job exposure matrices (JEMs) and exposure measurements to better discriminate between time and job differences in exposure levels in population-based studies. In addition, she was the first to apply meta-regression models in summary statistics extracted from the published literature for both occupational and environmental exposures to identify determinants of exposure. She has now used this modeling approach to identify determinants of multiple exposures, including lead, benzene, and pesticides.

Dr. Friesen also develops exposure assessment tools to facilitate the use of occupational risk factor data in epidemiologic studies by efficiently transforming the verbatim participants’ responses from occupational questionnaires into usable data. She led the development of an algorithm, SOCcer (Standardized Occupation Coding for Computer-assisted Epidemiological Research), to automatically code job descriptions into standardized occupation classification (SOC) codes. She also developed a keyword-based approach to use the verbatim responses to systematically extract variables representing exposure scenarios that can be used in decision rules.

During the Environmental Exposures and Women's Health seminar series held on October 5, 2010, Dr. Friesen discussed the importance of examining cancer risk separately in men and women. Specifically, she focused on sex differences in the accuracy of exposure assessment tools for epidemiologic studies. View Dr. Friesen's presentation, “Women are not just small men”. In analyses pooling occupational responses from three OEEB studies, she found gender differences in the prevalence and frequency of work tasks. These differences would result in exposure misclassification if these work task differences are not considered and demonstrate the need for incorporating job modules to capture individual-level occupational information. More recently, she led the development of an algorithm to assess non-occupational pesticide exposure for the spouses of farmers in the Agricultural Health Study. The resulting algorithm estimates will be crucial for future evaluations of whether the health risks observed in the male farmers are also seen in women and evaluating risks for female-specific cancer sites.