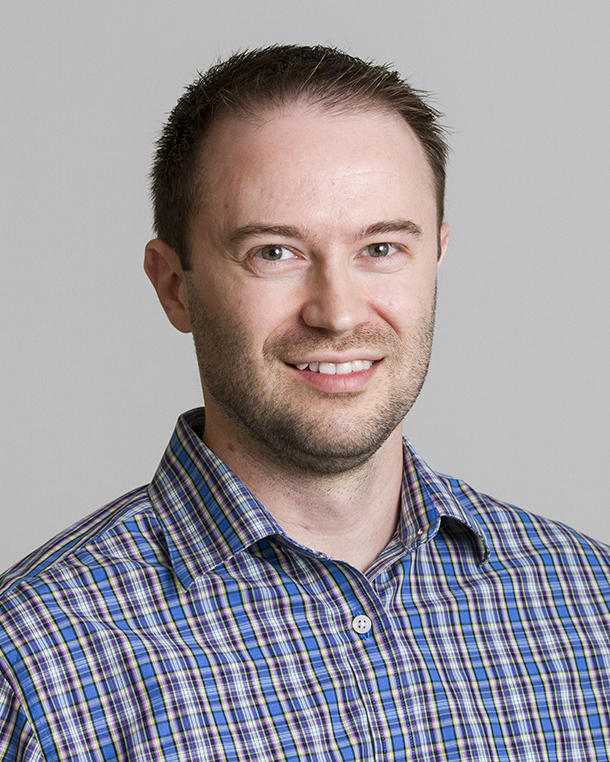 Dr. Hoskins earned his B.S. in biochemistry in 2002 and his Ph.D. in biochemistry in 2007, both from the University of Rochester, New York. His thesis work helped establish the RNA-based toxicity of the chemotherapeutic drug 5-fluorouracil, and proposed a model mechanism for these RNA-based effects in Saccharomyces cerevisae. Prior to joining NCI, Dr. Hoskins served as a postdoctoral fellow in the laboratory of Charles Thornton at the University of Rochester, studying candidate compounds for the treatment of myotonic dystrophy.

Dr. Hoskins joined the Laboratory of Translational Genomics (LTG) as a postdoctoral fellow in 2011, and became a research fellow in 2014, under the mentorship of Laufey Amundadottir, Ph.D., senior investigator, LTG. In these roles, he identified a new putative pancreatic tumor suppressor gene (HNF1A), and developed a molecular model explaining the risk altering effects of a germline pancreatic cancer risk variant in a large gene desert on chr13q22.1. In 2017, Dr. Hoskins was appointed as a staff scientist in the LTG, where he continues his pancreatic cancer post-GWAS functional work with an interest in applying systems biology approaches to understanding the effects of risk altering alleles in the context of complex gene regulatory programs.