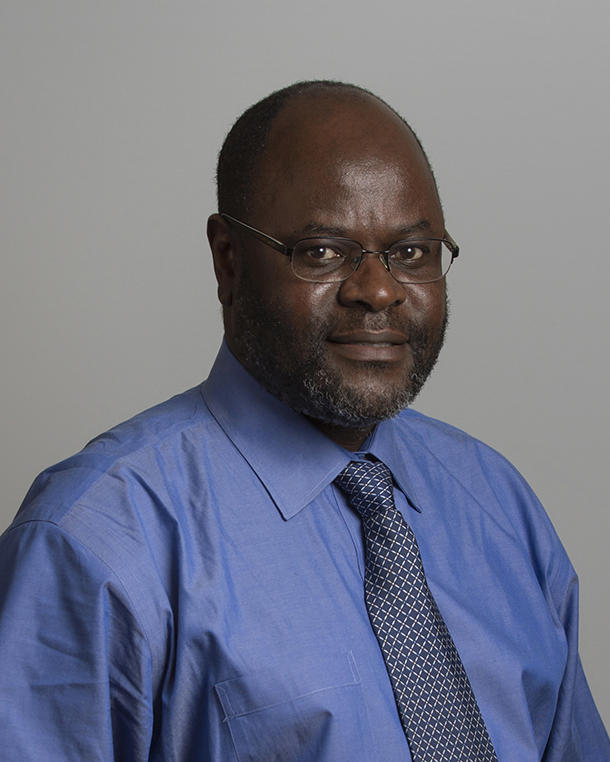 Dr. Mbulaiteye is a senior investigator in the Infections and Immunoepidemiology Branch (IIB). He conducts research to understand the etiology of Burkitt lymphoma (BL), a cancer that occurs worldwide but has its highest incidence recorded in populations of sub-Saharan Africa.

Dr. Mbulaiteye received physician training at Makerere University, Kampala (1990) with advanced training in epidemiology and biostatistics (M.Phil.) from the University of Cambridge, U.K. (1994), and specialist training in internal medicine (M.Med.) from Makerere University (1996). His early research focused on measuring the impact of HIV on cancer in patients at the Uganda Cancer Institute (1994-1997) and investigating population trends of HIV in a general population in rural southwest Uganda while at the Uganda Virus Research Institute/ U.K. Medical Research Council HIV program. Dr. Mbulaiteye joined IIB in December 2000 to focus his work on KS and BL as a research fellow, and was awarded NIH scientific tenure and appointed senior investigator in 2013.

Dr. Mbulaiteye is an active member of the NIH and NCI community, and has served on various search and technical committees. He is currently a member of DCEG Genotyping Review Committee. He is the Co-Editor-in-Chief, Infectious Agents and Cancer, Editorial Board Member for AIDS, International Journal of Cancer, and Frontiers in Cancer Epidemiology and Prevention. He is a member of the African Organization for Research and Training in Cancer (AORTIC), the Darwin College Society, the Cambridge Commonwealth Trust, and the World Federation of Scientists.

Dr. Mbulaiteye has been invited to organize scientific sessions about Burkitt lymphoma at the last four biennial meetings held by AORTIC (Cairo 2011, Durban 2013, Marrakech 2015, and Kigali 2017).

A major focus of Dr. Mbulaiteye’s research is to characterize the epidemiology of Burkitt lymphoma (BL). In western countries, where BL occurs sporadically, Dr. Mbulaiteye has used registry-based datasets to investigate age-specific incidence rates for BL and adduce evidence for disease heterogeneity. The results from these studies suggest that that the etiology of sporadic BL may vary with age. In sub-Saharan Africa, where BL is the most common childhood tumor, Dr. Mbulaiteye seeks to quantify the association between markers of current or past malarial infection (parasite prevalence, load, and genotype, antibodies to malaria virulent antigens, and history of clinical malaria), and markers of Epstein-Barr virus (EBV) infection (antibodies or EBV variants) with BL. In addition, Dr. Mbulaiteye is investigating the role of systemic magnesium as a geographical co-factor associated with poor control of EBV and BL risk.

To achieve these goals, Dr. Mbulaiteye implemented a case-control study of BL called the Epidemiology of Burkitt Lymphoma in East-African Children and Minors (EMBLEM) in six rural regions in Uganda, Tanzania, and Kenya. This study addresses a major constraint that was hampering Dr. Mulaiteye’s BL research: lack of access to high-quality data and annotated samples from BL patients, due either to depletion or unsuitability of historic samples for use with current proteomic and molecular technologies. The primary scientific goals of EMBLEM are to investigate the molecular characterization of BL and associations of BL with: a) malaria resistance genes, assuming the Mendelian randomization (MR) principle; b) EBV genetic variants; and c) germline variants in a genome-wide association study (GWAS).