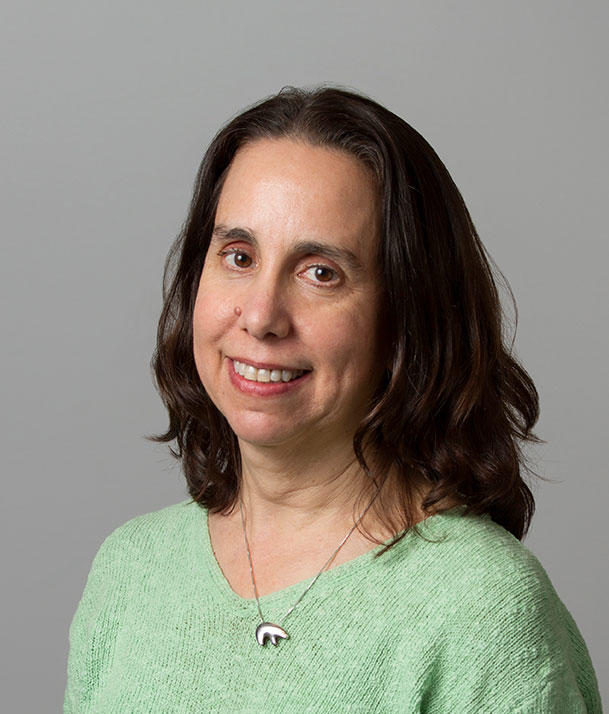 Dr. Stolzenberg-Solomon received a B.S. in nutrition and dietetics at the University of California, Davis, followed by a dietetic internship and M.Ed. in health science (nutrition) education at Vanderbilt University Medical Center and George Peabody School of Education, respectively. After this training, she worked as a registered dietitian for 10 years. She has an M.P.H. with concentrations in epidemiology and nutrition and a Ph.D., in epidemiology from the Johns Hopkins Bloomberg School of Public Health.

Dr. Stolzenberg-Solomon has won several awards in recognition of her contributions to cancer research, including the 2008 NIH Merit Award for sustained and innovative work in elucidating nutritional, genetic, infectious, and other determinants of pancreatic cancer. She is an active mentor, working with graduate students, as well as postdoctoral fellows. She served on the editorial board of the American Journal of Epidemiology (2008-2021) and currently is on the editorial board of Cancer Epidemiology, Biomarkers, and Prevention. Dr. Stolzenberg-Solomon also holds a position as an adjunct Associate Professor at the Yale University School of Public Health and is a fellow of the American College of Epidemiology, and a member of the American Epidemiological Society.

Dr. Stolzenberg-Solomon has focused much of her research on elucidating the etiology of pancreatic cancer. She has examined dietary, other lifestyle, and genetic factors, including biomarkers related to insulin resistance and metabolomics that may help reveal underlying mechanisms of carcinogenesis. In addition to her major work on pancreatic cancer, she has pursued, on a limited basis, other nutrition-related hypotheses including biomarkers in nutritional intervention studies.

Although relatively rare, pancreatic cancer is a leading cause of cancer deaths and one whose incidence is increasing. In the United States, pancreatic cancer is the third leading cause of cancer mortality. Pancreatic ductal adenocarcinoma is the most common histologic type. There is no effective screening test for the malignancy; therefore, it is often diagnosed at an advanced stage, which contributes to its poor five-year survival rate of approximately 11%. Cigarette smoking, diabetes mellitus, and adiposity (overweight and obesity) are among the few consistent and modifiable risk factors for pancreatic cancer. Additional environmental and nutritional factors likely play a role; however, the evidence for specific exposures is often only suggestive due to the cancer’s low incidence and inherent methodological issues related to collecting data for this rapidly fatal gastrointestinal malignancy. Pancreatic cancer cases often have gastrointestinal problems, weight loss, or diabetes prior to being diagnosed due to sub-clinical cancer which can influence dietary intake and biomarkers. Cohort studies with prediagnostic measures of exposures are less prone to these problems. Most of Dr. Stolzenberg-Solomon’s research is conducted using prospective data and through pooled consortia efforts including the international Genome-wide Association Study of Pancreatic Cancer (PanScan).