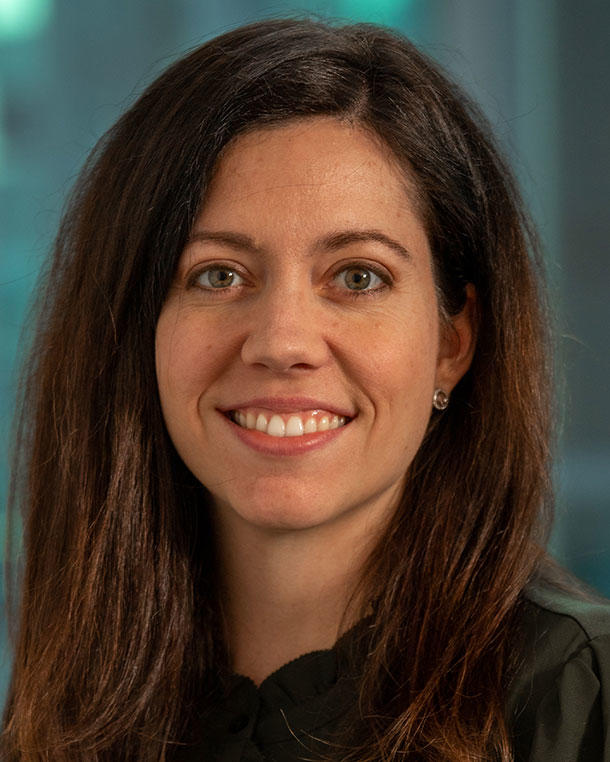 Dr. Kitahara earned her Ph.D. in cancer epidemiology from the Johns Hopkins Bloomberg School of Public Health. She joined the Radiation Epidemiology Branch in 2008 as a predoctoral fellow and became a research fellow in 2011. In 2015, she was appointed to the position of tenure-track investigator and in 2021 was awarded scientific tenure by the NIH and promoted to senior investigator.

Dr. Kitahara’s research focuses on medical radiation exposure and cancer risks and the etiology of radiosensitive cancers, particularly thyroid cancer and glioma. She is a member of the American Thyroid Association's Public Health Committee and an editor of Thyroid. Dr. Kitahara has received numerous awards for her work, including the NCI Director's Individual Award of Merit and Intramural Innovation Award, the DCEG Outstanding Achievement in Science Seminar Series Award, and the Van Meter Award from the American Thyroid Association. 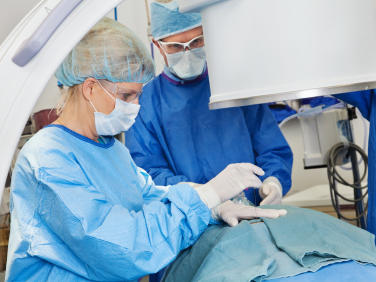 The U.S. Radiologic Technologists (USRT) cohort is a study of cancer and other serious disease risks associated with protracted low-to-moderate dose radiation exposures in an occupationally exposed cohort.

Everyone receives some degree of exposure to ionizing radiation—a known carcinogen—from both natural and man-made sources. Epidemiologists face many challenges when seeking to quantify the relationship between low levels of radiation and health risks in the general population. Occupational groups, such as radiologic technologists, are routinely monitored for radiation exposure as part of worker-safety measures, and thus provide a unique setting for studying associations between radiation and cancer. Dr. Kitahara is particularly interested in cancer risks associated with occupational exposure to low-dose radiation from emerging medical practices and procedures. Much of her current work focuses on nuclear medicine procedures (i.e., those involving radionuclides). Some of these procedures, including those that emit higher gamma radiation energy (e.g., positron emission tomography [PET]), are being performed with increasing frequency over time, potentially yielding greater cumulative exposure to the technologists who perform them. Findings from these studies can inform current radiation protection practices for medical radiation workers and, more broadly, improve our understanding of the impact of low-dose radiation exposure on the risk of cancer in the general population.

A broader understanding of the etiology of radiation-associated cancers, including potential effect modifiers, is important for the study of radiation and cancer. Exposure to ionizing radiation during childhood is one of the few established risk factors for thyroid cancer and glioma; the thyroid and brain are two of the most radiosensitive organs. The relatively low incidence of these two malignancies makes them difficult to study. Of the few epidemiologic studies of non-ionizing radiation in relation to thyroid cancer and glioma, most are based on small numbers of incident cases or are case-control in design. Dr. Kitahara’s research utilizes data from large prospective studies to address long-standing and new hypotheses regarding the influence of certain exposures (e.g., obesity, diet, smoking, and hormone use) across the life course on the risk of these two malignancies. Some examples of this work include a large pooled analysis of five prospective NCI studies on lifestyle-related factors and thyroid cancer risk. She has expanded this effort to include 22 prospective studies from the NCI Cohort Consortium. These studies, based in  North America, Asia, and Europe, allow her to evaluate associations for anthropometric factors and other potential thyroid cancer risk factors by histological subtype. Using data from the GliomaScan consortium, Dr. Kitahara and colleagues evaluated the association for height and history of diabetes, as well as genetic polymorphisms, in relation to glioma risk. Dr. Kitahara has also worked with colleagues at the Institute of Preventive Medicine in Copenhagen, Denmark, to evaluate measured height and weight in childhood in relation to risk of thyroid cancer and glioma in adulthood.