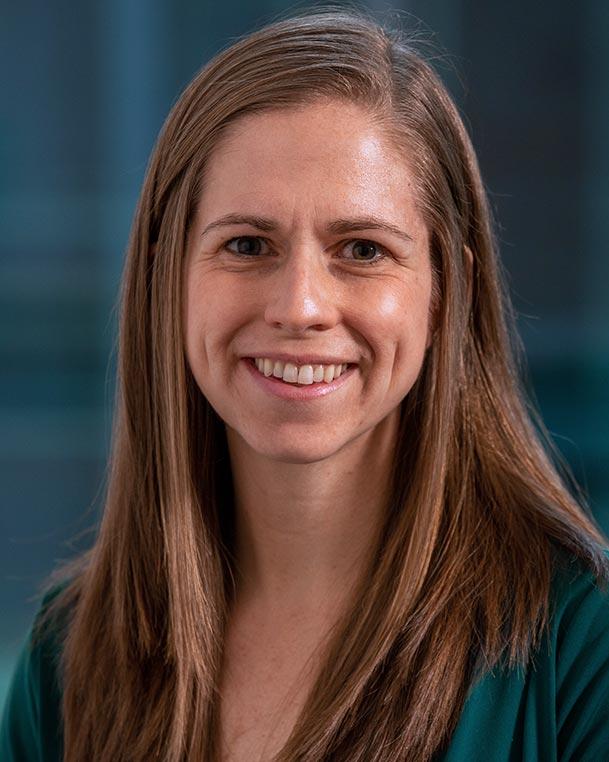 Dr. Meredith Shiels earned her M.H.S. and Ph.D. in cancer epidemiology from the Johns Hopkins Bloomberg School of Public Health. She joined the Infections and Immunoepidemiology Branch (IIB) as a Cancer Research Training Award postdoctoral fellow in 2009, and was promoted to research fellow in 2011. She became a tenure-track investigator in 2016 and was promoted to senior investigator and awarded NIH scientific tenure in 2021. Dr. Shiels has been recognized for her work, receiving the Sallie Rosen Kaplan Fellowship for Women Scientists in Cancer Research in 2009 as well as the DCEG Women Scientist Advisor’s Mentoring and Leadership Award in 2020.

Cancer Risk and Burden in the HIV-infected Population

Cancer is a significant comorbidity among people living with HIV and understanding the shifting landscape of cancer risk and burden has public health implications for prevention and the allocation of both research and resources. Dr. Shiels’s work among HIV-infected people quantifies the evolving epidemiology of cancer; provides insight into cancer etiology; and examines the association between HIV and cancer progression. Dr. Shiels is the co-principal investigator of the HIV/AIDS Cancer Match Study, a data linkage study of population-based HIV and cancer registries in the United States. Her recent work has projected future cancer rates and burden among U.S. adults with HIV, showing a decline in the number of cases of Kaposi sarcoma and non-Hodgkin lymphoma and an increase in the number of lung and prostate cancers.

Overweight and obesity may have contributed to the rapid rise in papillary thyroid cancer incidence in the U.S.

The Impact of Risk Factors on Trends in Cancer Rates

Dr. Shiels’s research program characterizes the extent to which candidate risk factors are driving observed temporal increases or decreases in cancer incidence rates. As cancer registries generally do not collect risk factor data, she uses linked databases and statistical modeling to disaggregate rates based on etiology, which is important for targeted prevention efforts. In recent studies, Dr. Shiels estimated the role of hepatitis C and hepatitis B viruses in rising rates of hepatocellular carcinoma, and the impact of the increasing prevalence of overweight and obesity on rising rates of papillary thyroid cancers. 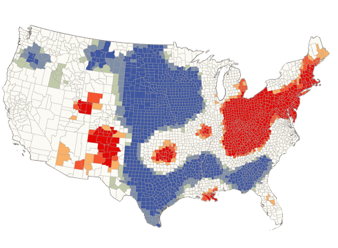 “Deaths of Despair” Vary by Geography and Demographics

Study of U.S. mortality from drug poisoning, suicide and alcohol-induced deaths in 2000-2017.

Dr. Shiels has additionally applied her expertise in interrogating large, population-based data to address specific public health questions related to the underlying drivers of premature mortality (deaths among 25-64-year-olds) rates in the United States, with a focus on the evolving drug overdose epidemic, which is a main contributor to rising premature mortality rates in some groups. Her recent studies have used U.S. national death certificate data to systematically assess and compare trends in premature, youth and infant mortality rates for each major cause of death by race/ethnicity and sex and to examine trends in premature overall and drug overdose death rates across measures of county-level socioeconomic status. She also has examined drug overdose death rates by race/ethnicity and specific contributing drug.