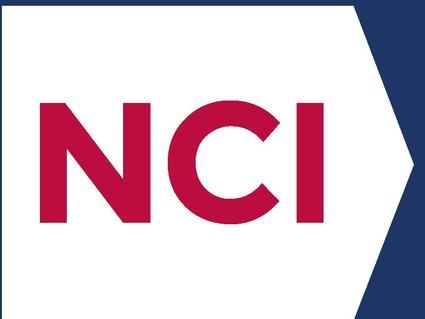 Certain types of human papillomavirus (HPV) cause almost all cases of cervical cancer, as well as cancers at other anatomic sites in men and women. Vaccines that protect against HPV can substantially reduce the risk of cervical cancer, and other cancers attributable to HPV infection. However, HPV vaccination rates are too low, especially in countries with very high rates of cervical cancer and low resources. These vaccines are expensive—many countries cannot afford them—more than one dose is needed, and giving multiple doses can be difficult, especially in low-resource settings. Researchers are conducting ESCUDDO in order to determine if one dose of the HPV vaccines works as well as giving two doses of these vaccines to young women.

If one dose of an HPV vaccine were found to be sufficient to reduce cervical cancer burden, we would expect more widespread vaccine uptake in the United States, and around the world, with vaccination programs being able to operate at an overall lower cost.

Additionally, findings from the trial may make it possible for future evaluations of one-dose HPV vaccination to be smaller-scale immunogenicity trials, rather than efficacy trials, which could expedite expansion to other populations, ages, and vaccine formulations.

Finally, these findings could transform the current vaccine development paradigm by providing the first example of a single-dose subunit vaccine that induces durable protective immunity.

There are two components to the study: (1) a controlled, randomized, double-blinded non-inferiority clinical trial to compare one-dose to two-dose vaccination; and (2) a concurrent epidemiologic survey for HPV infection status among unvaccinated women.

The trial enrolled 20,000 girls 12 to 16 years old residing in Costa Rica. Participants were randomized in two stages to one of four arms (one dose of the bivalent vaccine, two doses of the bivalent vaccine, one dose of the nonavalent vaccine, and two doses of the nonavalent vaccine); the first randomization at enrollment assigned participants to one of the two study vaccines and at the second visit they were randomized to one or two doses. Girls randomized to the one-dose arm received an active control (i.e. Tdap) at the time of the second vaccine dose. After vaccination, girls were followed every six months for four years to assess the presence of persistent cervical HPV infections and antibody titers, by dose group and vaccine type. In the U.S., Cervarix® and GARDASIL®9 are currently approved for two doses in younger recipients and three doses in older recipients.

The epidemiologic HPV survey enrolled a group of unvaccinated females from the same geographic areas; they ranged in age from 17 to 20. These females attend two study visits six months apart to determine their HPV DNA status; there will be no additional follow-up. These females will be offered HPV vaccination at the enrollment and six-month study visits.

At each visit, participants complete a questionnaire and provide a urine sample. They may give blood samples. The older participants will use a swab to collect cells from their cervix and vagina.

The impetus for this trial stemmed from the NCI Costa Rica Vaccine Trial, a phase-III efficacy trial that launched in 2004; in posthoc analyses, DCEG and Costa Rica investigators reported that one or two doses may be efficacious and that antibody titers remained elevated for years after a single vaccine dose. The latter finding was particularly novel and unexpected, given that previous subunit vaccines have typically required more than one dose (prime/boost regimen) to induce lasting responses.

ESCUDDO is a Cancer Moonshot prioirty, co-funded by the NCI and the Bill & Melinda Gates Foundation, with support from the International Agency for Research on Cancer.