DCEG researchers in the Occupational and Environmental Epidemiology Branch (OEEB) investigate a number of water contaminants that are thought to be associated with cancer risk. These include naturally-occurring substances, like arsenic, fertilizer by-products like nitrate, as well as disinfection byproducts (DBP), which are compounds formed when chlorine used to disinfect water comes into contact with organic material in water.

Ingestion of high levels of arsenic is an accepted cause of bladder cancer, but risk at lower levels is uncertain. Large populations are needed to adequately characterize bladder cancer risk from lower levels of arsenic exposure in drinking water. DCEG investigators conducted the New England Bladder Cancer Study, a population-based case-control study in Maine, New Hampshire, and Vermont, to identify risk factors that might explain the persistent high rates in these states, to evaluate exposure to arsenic at low to moderate levels, and to evaluate possible gene-exposure interactions. Exposure to arsenic and other drinking water contaminants (i.e., DBP and nitrates) was assessed based on drinking water samples taken at current and former homes, monitoring data obtained from public water utilities, and a geographic information system (GIS)-based predictive model based on geologic characteristics at the wells when measurements were missing. Bladder cancer risk increased with increasing water intake, with significant trends observed among participants with a history of private well use, whose well water was exclusively sourced from shallow dug wells, or who used dug wells prior to 1960, when arsenical pesticides were widely used in the regions. Cumulative arsenic exposure from all water sources demonstrated a dose-response relationship with bladder cancer.

Chlorine interacts with organic materials in water to form a mixture of DBPs. Although concentrations in the United States are quite low, there is concern that some chemicals in the mixture may increase cancer risk. A DCEG study of six cancer sites conducted in Iowa found associations of rectal and bladder cancers with long-term (>40 years) exposure to drinking water high in these unintentional byproducts. The data from these and additional cancer sites included in the study are under evaluation following an improved historical exposure assessment effort in which DBP exposures were estimated for each individual water utility, taking into account changes in water source and treatments over time. 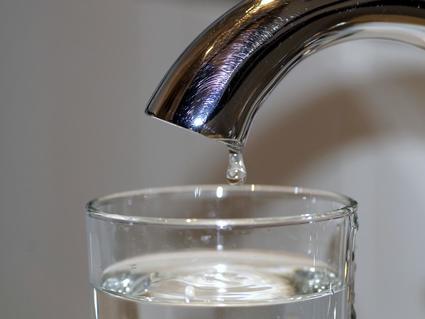 Studies indicate that dermal and inhalation exposures to trihalomethanes (THM), a major component of DBPs in treated water, can be significant. With collaborators in Spain, DCEG investigators evaluated DBP in relation to bladder cancer risk in the Interdisciplinary Case-Control Study of Bladder Cancer in Spain, considering exposure via ingestion, showering/bathing, and swimming in pools. THM exposure estimates revealed an excess of bladder cancer among individuals with estimated household levels above 49 mg/L. A similar elevation of risk was seen in the New England Bladder Cancer Study at the same levels of THM exposure, and confirmed the risk observed associated with showering/bathing, but not swimming pool use. In this study, there was also indication that brominated species of THMs were potentially more important for risk than chlorinated THM species. This observation is important because toxicologic data predict this phenomenon, but few epidemiologic studies exist in humans. A study combining data from both the Spanish and New England studies demonstrated an interaction between total THM and a known bladder cancer genetic susceptibility variant, rs907611 at 11p15.5 (LSP1 region).

With collaborators at the University of Minnesota and the University of Iowa, DCEG investigators evaluated intake of DBP from public drinking water in relation to cancer risk in the Iowa Women’s Health Study. They found that women with higher average THM in public water supplies had increased risks of rectal cancer, but evidence of associations with colon cancer was inconsistent. There were no associations for cancers of the kidney and ovary. These analyses considered concomitant exposure to nitrate, another common drinking water contaminant.

Contamination of drinking water by nitrate is a growing problem in many agricultural areas of the country. Ingested nitrate can lead to the endogenous formation of N-nitroso compounds (NOC), which are potent animal carcinogens. Population-based case-control studies in Iowa and Nebraska evaluated community-supplied drinking water nitrate levels and cancers of the stomach, esophagus, bladder, brain, colon, rectum, pancreas, and kidney. Increased risks of colon, kidney, and stomach cancer were observed among those with higher ingestion of water nitrate and higher meat intake compared with low intakes of both, a dietary pattern that results in increased NOC formation.

With collaborators at the University of Minnesota and the University of Iowa, DCEG investigators are evaluating nitrate intake from drinking water in relation to cancer risk in the Iowa Women’s Health Study. So far, they found that women with higher average nitrate levels in public water supplies had increased risks of thyroid, ovarian, bladder, and kidney cancers. There was no association with drinking water nitrate ingestion and colorectal and pancreas cancers. In the New England Bladder Cancer Study, the highest average nitrate concentrations (>95th percentile) were associated with bladder cancer risk. The population using private wells can have considerably higher exposure to nitrate because private wells are not regulated, and because they are often located in agricultural areas. Using a geographic information system (GIS)-based model that incorporates land use, soil characteristics, nitrogen inputs, and other factors, DCEG investigators estimated private well nitrate levels for the Agricultural Health Study cohort and are evaluating cancer risk among the applicators and their spouses.

Per- and Polyfluoroalkyl Substances (PFAS) Exposure and Risk of Cancer

In 2017, the International Agency for Research on Cancer (IARC) classified perfluorooctanoic acid (PFOA), the most well-studied per- and polyfluoroalkyl substances (PFAS), as a possible human carcinogen based in part on limited epidemiologic evidence of associations with cancers of the kidney and testis in heavily exposed subjects. To address the gaps in our understanding of the carcinogenicity of PFAS, DCEG has launched a series of studies aimed at identifying specific cancers associated with PFAS at exposure levels typically found in the general population. These studies are innovative for their direct assessment of exposure to PFOA and other PFAS in banked serum specimens as well as their evaluation of risks at exposure levels comparable to that found in the general population or among military personnel. As such, these investigations have the potential to inform future evaluations of the carcinogenicity of PFOA and to extend our understanding to other PFAS that have not yet been evaluated.