Biostatistics Branch investigators develop statistical and computational tools for epidemiologic and laboratory studies, and distribute those tools to collaborators and the greater scientific community.

A panel of easy-to-interpret estimable APC functions and corresponding Wald tests in R code that can be accessed through a user-friendly web tool.

A SAS macro that projects absolute invasive breast cancer risk for white women based on measurements of mammographic density and other risk factors. 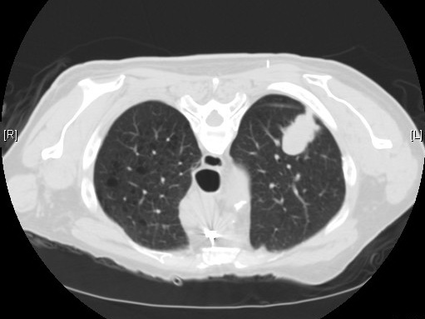 BLM is an R package for estimating absolute risk and risk differences from cohort data with a binomial linear or LEXPIT regression model.

The CARE Model is a SAS macro that allows researchers to estimate an African American woman's risk of developing invasive breast cancer over specified age intervals.

An executable file (in GAUSS) that projects absolute colon cancer risk (with confidence intervals) according to NCI’s Colorectal Cancer Risk Assessment Tool (CCRAT) algorithm. GAUSS is not needed to run the program.

The R package thyroid implements a risk prediction model developed by NCI researchers to calculate the absolute risk of developing a second primary thyroid cancer (SPTC) in individuals who were diagnosed with a cancer during their childhood.

A panel of easy-to-interpret estimable APC functions and corresponding Wald tests in R code that can be accessed through a user-friendly web tool.

ARTP2 is an R package of biological pathway analysis or pathway meta-analysis for genome-wide association studies (GWAS). It also provides tools for gene-level test as a special case. ARTP2 is an enhanced version of two previously released packages ARTP and AdaJoint.

Association analysis based on SubSETs (ASSET)

CGEN (Case-control.Genetics) is an R package for analyzing genetic data on case-control samples, with particular emphasis on novel methods for detecting Gene-Gene and Gene-Environment interactions.

CompareTests is an R package to estimate agreement and diagnostic accuracy statistics for two diagnostic tests when one is conducted on only a subsample of specimens. A standard test is observed on all specimens.

Software package designed to perform a range of association tests between sets of SNPs and a phenotype.

This is a R package for rapid evaluation of extremely small p-value for resampling-based test (EXPERT).

The iCARE R Package allows researchers to quickly build models for absolute risk, and apply them to estimate an individual's risk of developing disease during a specifed time interval, based on a set of user defined input parameters.

IN.power is an R package for estimating the number of susceptibility SNPs and power of future studies.

MultiAssoc is a MATLAB software package for test of association of a disease with a group of SNPs after accounting for their interaction with another group of SNPs or environmental exposures.

NestedCohort is an R software package for fitting Kaplan-Meier and Cox Models to estimate standardized survival and attributable risks for studies where covariates of interest are observed on only a sample of the cohort.

The R package and webtool fits Prevalence Incidence Mixture models to left-censored and irregularly interval-censored time to event data that is commonly found in screening cohorts assembled from electronic health records. Absolute and relative risk can be estimated for simple random sampling, and stratified sampling (the two approaches of superpopulation and a finite population are supported for target populations). Non-parametric (absolute risks only), semi-parametric, weakly-parametric (using B-splines), and some fully parametric (such as the logistic-Weibull) models are supported.

TREAT is an R package for detecting complex joint effects in case-control studies. The test statistic is derived from a tree-structure model by recursive partitioning the data. Ultra-fast algorithm is designed to evaluate the significance of association between candidate gene and disease outcome